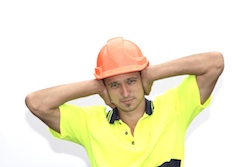 We've all experienced the critical, negative work colleague who puts a dampener on everything.  They complain about the boss, other staff members, customers, new initiatives and always seem to see something sinister lurking behind a new initiative.  They only seem to laugh when someone hurts themselves.

A lot of us have learnt to avoid being around these people, by desperately trying to evade them throughout the working day, so as to not get sucked into the negative, whirling vortex of dark energy swirling around them.

But sadly, the majority of people do get sucked into the vortex.  They start believing all of the cynical comments and before long this negative worker has stream-rolled all your efforts for a positive culture.  It's almost as if a light switch went off in the room and every-one else in your team sees darkness.  Other staff start being cynical and pretty soon you have a toxic environment, low morale and a real challenge to get staff to embrace change (or even safe work practices).

Welcome to human nature!  We see ourselves in terms of other people and groups. Evolution has taught us that it is beneficial to live in tribes, where we can share out the work of daily survival.

Humans like to align themselves with the collective.  However, groups can also be undone through a collective ego gone wrong (just like individuals!). Yes, that's right!  Groups develop their own collective ego and sometimes group egos can make group identity become a negative experience.

In the book, A New Earth by Eckhart Tolle, he discusses how the ego collective manifests the same characteristics as the personal ego.  Just like with individuals, groups thrive through separation and identification.  The group ego searches for common enemies and the need to be right.  Over time, the group will come into conflict with other groups (or each other).  Blaming a common enemy is part of separation and what a group ego likes to do. This could be another company group, or more detrimentally a particular person in the organisation or even, the company itself.

Think of riots where people who normally behave well on their own, get caught up in the group and loot, fight and set fire to cars. Normally, these people wouldn't do this, but it's the ego of the group behaviour that motivates them to behave destructively.

Likewise, in the book, Bit of a Blur, the Blur bassist Alex James (Blur is a British band from the 1990's) remarked in his biography that doing a gig with a small crowd was always more challenging than performing to an audience of hundreds, or even thousands.  Blur, like all bands, found it much harder to get a handful of people excited, whereas large crowds could easily be whipped up into a frenzy.

"Since 95% of people are imitators and only 5% initiators, people are persuaded more by the actions of others than by any proof we can offer." Cavett Robert

Like all negatives, there's always a positive.  Businesses can build on this strong need for group identity to build a thriving organisation.

Here are four techniques to use to stop negative people from eroding your positive safety culture:

When it comes to developing group behaviour, it's important to encourage people to consider the group rather than themselves (safety is really relevant here).

In the book , Switch, by Chip and Dan Heath, they stated that staff will frame questions to themselves based on a whole range of identities such as gender, race, age and their job title. For example, a scientist will make decisions on how they believe a scientist would make a decision.  The trick in using group identity when wanting staff to change behaviour or embrace a new goal is to word it so they make a decision based on what's best for the group.  Otherwise, you start getting issues with the individual ego taking over.

Successful businesses can leverage this human trait to copy other human behaviour to build a great company where staff are aligned with the values and vision of the company and who fit the culture. It's also an important component of any workplace safety campaign. 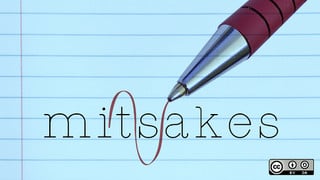 Mistakes are a healthy part of learning.  They're nothing to be embarrassed about, as long as you learn from them and move on.  But being sloppy is a totally different... 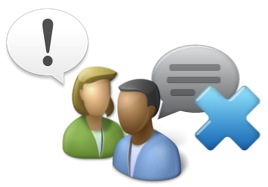 Safety professionals often complain about how hard it is to get people to listen to them about safety. This is often a subtle sign that it might be time to change how...