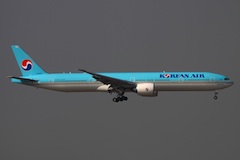 Korean Air's planes were falling out of the sky higher than any other plane carrier in the world.  Things got so bad that, in April 1999, the US Army banned its personnel from flying with Korean Air.  While the US Federal Aviation Administration downgraded South Korea's safety rating and Canadian officials, were looking at revoking the company's overflight and landing privileges in Canadian airspace.

Other airlines such as Delta Air Lines and Air France suspended their flying partnership with Korean Air.

And then, just as dramatically, Korean Air improved.  Since 1999, the Korean Air safety record has been spotless.  In 2006, Korean Air won the Phoenix Award by Air Transport World due to its dramatic transformation.

So how did Korean Air improve their safety record?

According to the book Outliers: The Story of Success by Malcolm Gladwell, when you assess any big industrial accidents, there are always a series of errors that on their own don't cause any damage, but when they add up, the results can be disastrous.

Korean Air Flight 801 experienced a series of errors.  On the night of the crash, the glide scope at Guam airport was broken, there was stormy weather and the pilot was fatigued.  On their own, these errors don't bring a plane down, but combined it puts extra stress on the crew and their abilities.

As Malcolm Gladwell, points out in Outliers, one of the main reasons as to why Korean Air crashed, was more to do with how the air crew communicated.

With all flights, there is a pilot, first officer and engineer working together in the cockpit.

According to Korean culture, all social behaviour and actions are conducted in order of seniority ranking.  When the pilots first got together that night, both the first officer and engineer would have bowed to the captain.  When they had dinner, the lower-ranking personnel would have waited to eat until the highest ranking person had sat down and begun eating.  This behaviour was also expected in the cockpit.

Korean language has six different levels of conversational address, depending on who is talking and who is listening. They are formal deference, informal deference, blunt, familiar, intimate and plain.  The first officer would not have dared speak to the pilot in blunt or familiar forms.

After the crash, the dialogue between the crew was analysed.  What was discovered was that the first officer kept hinting at issues, because he couldn't say anything that inferred that the pilot had got it wrong.

When talking to the captain, the first officer used "mitigated speech" which refers to any attempt to downplay or sugarcoat the meaning of what is being said.

Staff often use mitigated speech when they're being deferential to their boss.  This means you don't say to your boss "I can't work the Monday shift" instead you say "Hope you don't mind, but I've got an exam to attend and I can't work Monday, but I can work on the weekend to make up the time".

While it's entirely appropriate to talk like this at work, on a stormy night in a cockpit, it's a recipe for disaster.

Essentially, the dialogue records show the first officer attempted a couple of times to let the captain know that something was amiss.  At one point he said "Don't you think it rains more?  In this area?"  If he was in a collegial atmosphere, where he was free to speak up, he would have let the urgency of the situation be known by saying something like  "It looks like the rain is heavy.  We need an urgent back up plan for landing in case we can't see the runway".

In 2000, Korean Air brought in David Greenberg from Delta Airline to overhaul their flight operations.

His first step was to improve the training of the flight crews by improving their English language skills (required to talk to airspace traffic controllers in an appropriate manner).  This also meant that in the cockpit they spoke English and avoided the different gradients of the Korean language hierarchy.  They also learnt how to clearly communicate and avoided using mitigated speech that is unclear, especially during an emergency situation.

The results were stunning.  The crew changed their communication style and no longer waited for someone to direct them.  Many of these pilots are now flying for Western airlines, due to their skills.

The Korean Air story is a pretty extreme example of what can go wrong, when staff aren't free to speak up.  And while this was due to societal expectations, the truth is, in workplaces today, not all staff are free to talk.

This is not because of culture, relevant to a country or even a religion.  Instead, it's because some organisations create an atmosphere where being able to say what you think is not acceptable.

In the book, Multipliers by Liz Wiseman, she points out that corporate environments are the perfect setup for diminishing leadership and have an built-in tyranny.  With organisation charts, titles and clear hierarchies, there is no level playing field for all layers of staff.  While policies are put in place to create order, they do have the disadvantage of stopping people from thinking.

Within this environment, tyrants (or Diminishers) flourish.  These intelligent, highly driven managers oversee their staff based on the view that intelligence is scarce and no-one is as smart as them.  They hoard staff and resources, yet make their own decisions, ignoring the wisdom of the people in their department that they collect and protect.

Tyrants are often pretty tense to work around and they intimidate staff to get work done.  This results in workers too scared to speak up or give an honest appraisal of a situation.

Diminishers are owners of talent, not developers of talent.  Many people are left unused with their capabilities wasted.  Working for a tyrant, is where you go when you want your career to die.

Just like the captain at Korean Air, staff input is ignored and they sit around waiting for instructions.  Too scared, to let the boss know that danger is fast approaching.

According to research by Liz Wiseman, she labels the best leaders as Multipliers as they are the key in staff feeling safe to talk and for improving company performance.  They're also called liberators because they liberate people from the oppressive forces within an organisational hierarchy.

Multipliers see intelligence as continually developing and that everyone has hidden skills that can be put to good use.  They just like to unearth these skills by connecting with each employee and asking them about what they like doing and seeing what they are good at.  They give people space to do their job, give specific praise and extract and extend the genius of others.  They don't get a little from people, they get a lot.  In fact, they get about 1.97 times more.

On the other hand, diminishers  suck the life out of people and their IQ literally drops.  These leaders are idea killers and energy destroyers and get about 0.5 times the intelligence out of people.  When you consider that in Australia, 17% of those working have depression, due to their job, a lot of it could be attributed to working for diminishers.  Two of the key contributors to depression from work are staff aren't involved in decision-making and have limited job control.  These are two areas that diminishers are renowned for taking away from staff during their leadership.

Tyrants create stressful environments.  Not because the work in itself is stressful (which can be a great motivator in the right environment), but because they hold people accountable for outcomes that are beyond their control.

They also tend to talk the least in meetings.  This safety allows people to feel safe in doing their job, knowing that they don't have to fear a tyrant who could berate them at any moment.

CEO's who are Multipliers could also be called Chief Enabling Officers.  They nurture their workforce, make them feel as if their job matters and enable them to work to their highest ability.  Multipliers are intelligence multipliers that makes everyone around them smarter.  By not always having the answers, and allowing for other people to discuss problems with solutions, people feel safe to speak.

Korean Air was able to vastly improve their safety record by overhauling training, so that no inequality existed between the flight crew.  Staff trust that they are able to speak up when danger is approaching.

Yet, in many western countries today, tyrants run free zapping the collective genius of their workforce.  Creating environments that allow bad safety practices to flourish because people are too scared to point out issues (see How a Culture of Fear Breeds Dodgy Workplace Practices and How to Initiate a Difficult Safety Conversation with your Staff).

Isn't it time workplaces had staff that felt safe - safe to speak up and from being injured at work?  What can your company do about tyrants who are risking the safety of those around them? 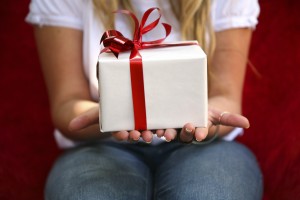 Many safety professionals believe they need to reward staff to get them to behave safely. 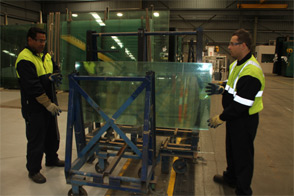 Research has found that the majority of workers have seen their workmates engage in risky safety behaviour.