One of the challenges with being a leader is balancing cultivating a friendly, warm environment, while holding employees accountable to get more done at the right standard.

We have all experienced employees who take advantage of a safe team culture - putting in less hours or poor quality work, while everyone else works hard around them. It’s frustrating and unfair to dedicated workers. That experience can often stop some leaders from creating a pleasant working environment because it lulls them into the false belief that you have to work people hard to get results.

But it's not an either/or proposition.

What some leaders don’t realise is that creating a friendly, safe team culture must be with combined accountability. High performance means having some tough conversations that are uncomfortable, while still fostering a challenging and inclusive work environment. In fact, you can't have high performance without accountability. It transforms a team operating in the Abatement Zone into Achievement. 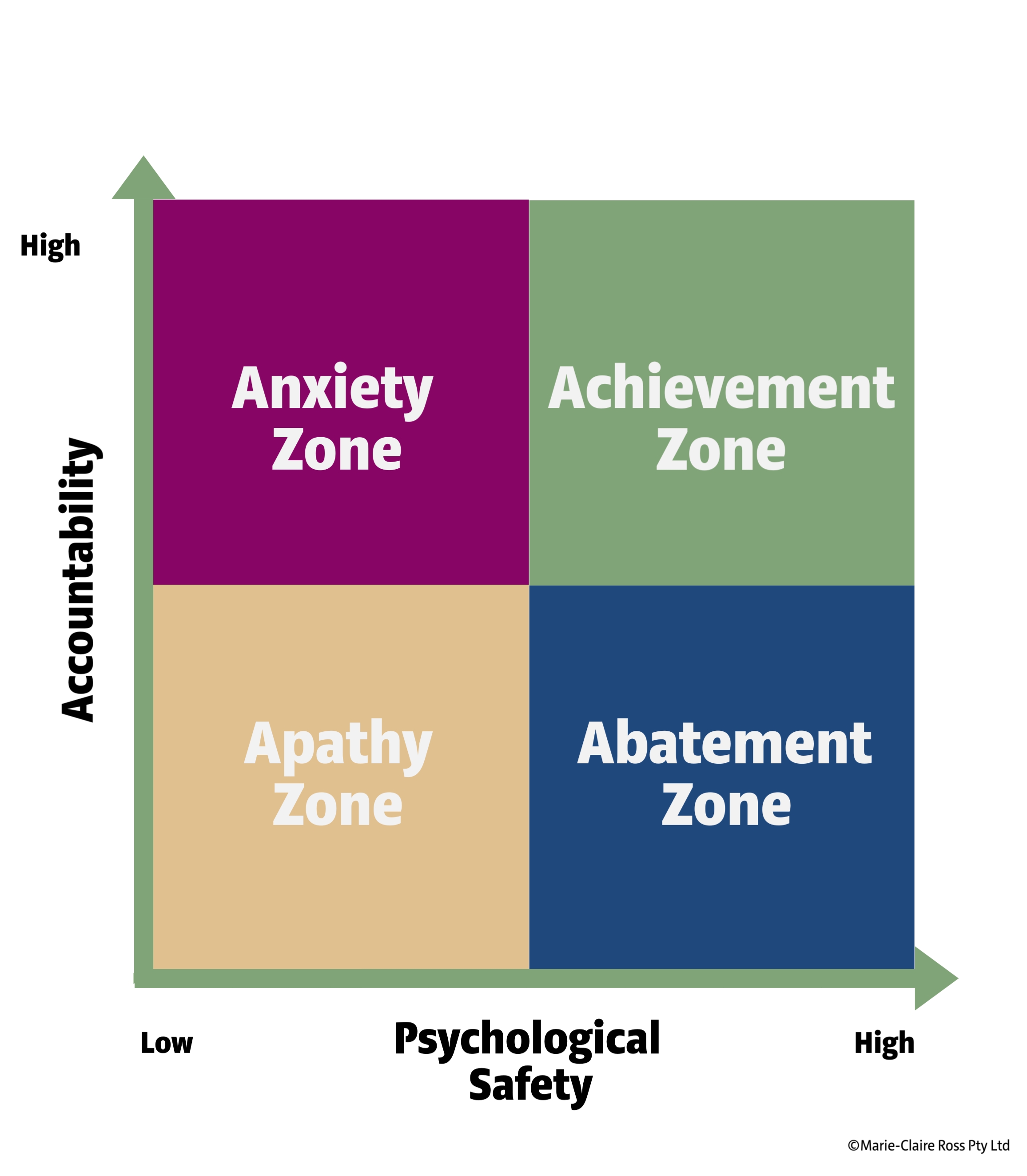 According to my book, Trusted to Thrive, in the Achievement Zone Model (picture above), the Abatement Zone is when leaders create psychological safety, but don’t hold their employees accountable for excellence.

Leaders will tell me that they don't hold people accountable because they don't want to micromanage their people. Micromanagement is feared by so many leaders because it seems like it is a personality or leadership flaw, but it's really a failure in the basics of delegation.

In other words, it's a communication problem.

Abatement zone teams can be the result of leaders who are uncomfortable improving themselves and subsequently pulling people up for poor performance. Over time, team performance declines slowly.

In this environment, employees have no desire to stretch themselves, be proactive or creative. You could say that the psychological safety is a pseudo version. People are safe to not perform - they can miss their KPIs and deadlines and face no consequences. The result is that their performance is abating - energy is spent on maintaining the status quo. Employees believe they are doing a good job because they aren't being told otherwise. They have no desire to improve or even to think differently.

Unfortunately, leaders in the Abatement Zone are the ones who become stressed out. Team members escalate problems to them to solve, only work 9-5pm and lack the motivation to move beyond their task list.  The Abatement Zone is where ideas go to die, people coast, problems don’t get solved, deadlines don’t get reached and where groupthink reigns supreme.

Interestingly, psychological safety maybe high, but trust tends to be low in this team for some team members.

That’s because psychological safety is experienced at the group level. People can all concede on whether their team environment is safe. It’s temporary and immediate. By contrast, they won’t all agree on whether they can trust their team. That’s because trust refers to the interactions between individuals. What trust means or whether it is present differs for each person. It depends on whether people feel that they can rely on those around them to do the right thing and make good on their promises.

So how do you balance both psychological safety and accountability?

Through a team leader who spends time reflecting and working on their leadership skills. A leader who is aware that they are a role model for others and that their behaviours create the team culture. A leader who is always looking at improving how they do things.

Encouraging teams to perform in the Achievement Zone requires leaders who have the skills to create a mentally healthy, supportive environment and who aren’t afraid to push people out of their comfort zones. It’s not easy. It requires leaders who work on improving their interpersonal and intrapersonal skills, allowing their technical skills to lessen in importance as they allow others to shine. In other words, they have the self-awareness and skills to build trust in their team – so employees trust them to do the right thing and can trust each other.

This involves a team leader who challenges direct reports to improve and believes in them. The majority of leaders approve small incremental improvements to goals. A leader in this zone treats employees like athletes pushing them to continually improve – breaking their best records, not by a few degrees but through dramatic improvement.

Achievement Zone leaders foster a supportive environment where employees learn and work together, focus on continuous improvement and explore exciting new possibilities.  Everyone understands that it’s not about individual success, but team success. After all, people tend to not spontaneously stretch themselves, they need direction and goals. This is where a leader fosters the right environment for their direct reports to grow and learn. People thrive on the autonomy to work how they want and contribute to high level decisions.

Leaders in this zone have high expectations that actually encourage employees to be the best. Disappointing the leader is often something that people will do anything to avoid. It’s not because they will be punished - it’s because their leader’s validation and approval means a lot to them. After all, we all want to be respected, by someone we respect.

It’s not about Feeling Happy Together

Leaders can often confuse being a successful leader with being a nice leader, so they avoid providing feedback on poor quality work or behaviours for fear people won't like them. While that can be true, saying nothing gives everyone licence to underperform risking that the team falls into apathy.  A team zone that is much harder to turn around.

Everyone loves being on a team that's going somewhere, kicking goals and getting things done at a high standard. The truth is that it is far more intolerable longer term for team members when a boss allows team members to do substandard work. It reduces people's respect for you as a leader.

Creating a culture of accountability that feels safe is the best solution. This requires the leader to be accountable and confidently hold people accountable for results - all in a supportive environment.  After all, you can’t have accountability if people don’t trust you.

In a highly popular Tedx video, Amy Edmondson, a Harvard Business professor, talks through her research on the impact of... 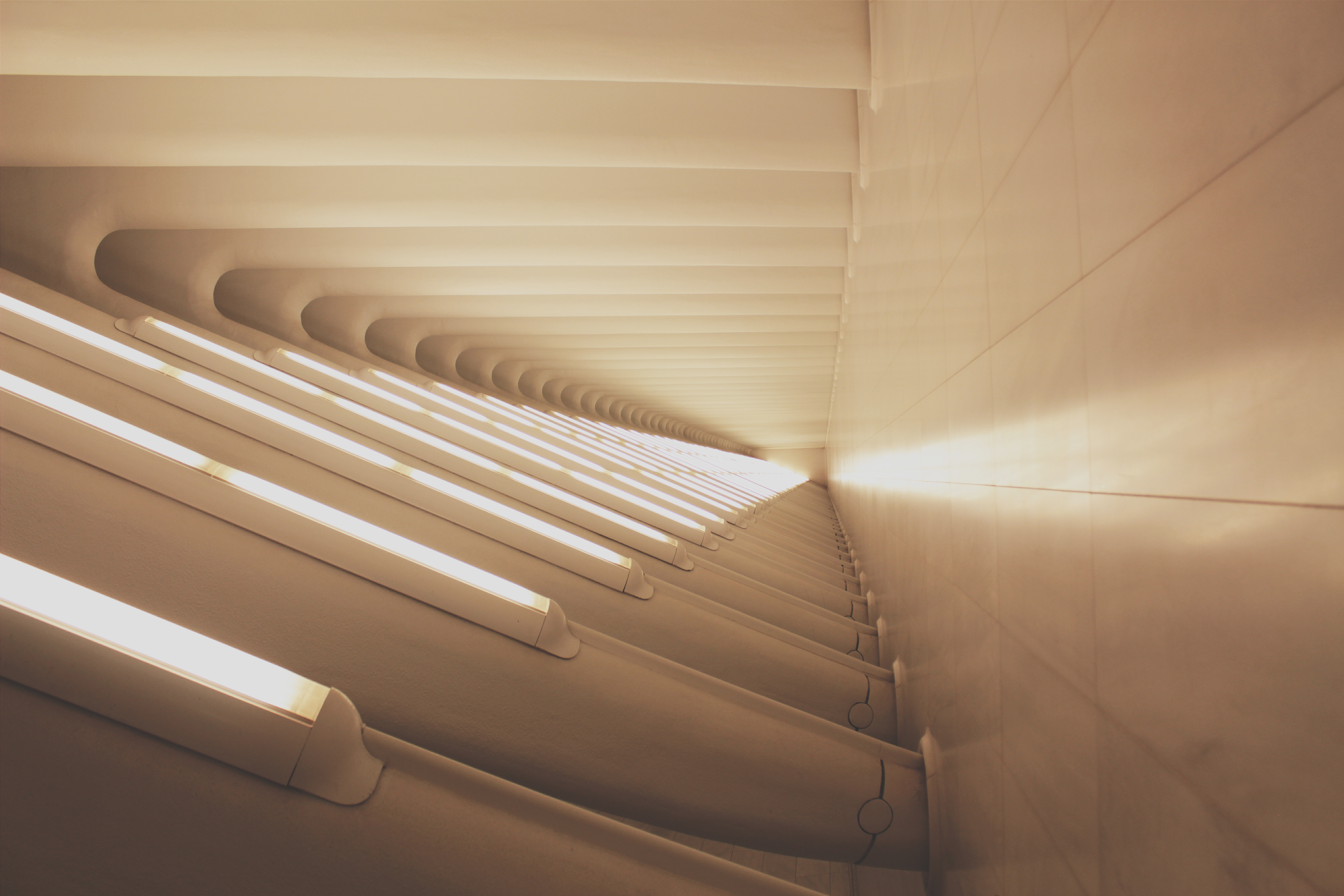 In the race to build our careers, we default into doing what we learnt at school – by building our skills and knowledge.  We assume that being smart and capable, the...