We all know how wonderful it is to be around positive people.  Optimism is contagious.

People are naturally drawn to visionary leaders who paint an exciting picture of a new future.  After all, no-one is going to follow a leader who gets scared or negative about the latest crisis.

In my work with leadership teams, I come across plenty of executives who are positive and excited about the vision.  Generating a palpable energy that excites employees about where they are going and why.

Executives who love asking employees about what new ideas they have and new ways of doing things.  They get excited by a new client being signed up.  They send out corporate communications with a rose-coloured tint.

Yet, there is a flip side to all this positivity.  And that is leadership don't want to talk about what's not working.  Even corporate communication ignores missed targets.

Without even realising it, executives tend to shut down any negative commentary around a lack of resourcing, system issues or capability gaps.  They get a bit cranky with people if they say "we don't think we can do it, here's why."  In their minds, those that highlight issues are "too negative" and best to be avoided.  Creating confusion amongst employees who are used to having open banter about what is going on, but who don't quite realise there is an unspoken delineation between sharing new ideas and highlighting problems.

Common complaints from employees are "It's difficult to speak up and say we don't think we can do it.  If we're not confident, it would be nice if they listened to us and didn't react negatively."

And I get it.  If you're in a tight leadership team that is visionary and energetic, you don't want to be around a Debbie or Don Downer.

But counterintuitively, employees speaking up about issues is actually one of the major benefits of great cultures.  It is a major indicator of high performance because errors and problems are openly discussed, so they can be solved.  Ensuring an organisation can course correct averting a potential crisis.

It is a myth to believe that high-performance executive teams must be optimistic all the time.

Great cultures are not always happy and light-hearted.  They're often challenging and hard - just like a new workout.  There are times when we have to face the music and receive tough feedback, so that we can confront the gap.  Using that discomfort to propel us to the positive future we crave.

The Curse of Optimism

Leaders need to be ambitious both in the face of both failure and success.  Willing to address both positives and negatives, rather than favouring one or the other.

What studies tell us is that high performers are often somewhat frustrated with how their teams are performing rather than fooling themselves that everything is going well.  It even means being willing to push people to remain dissatisfied with their accomplishments.

And like the old saying "no pain, no gain" such relentless pursuit of the truth results in a sense of progress, reinvention, and growth, which in turn results in a more meaningful and positive work experience.  As Tim Ferriss says "A person's success in life can be measured by how many uncomfortable conversations she or he are willing to have."

Because the reality is achieving difficult goals is hard.  There is no such thing as an easy journey to big goals.  There will be always be obstacles, unexpected consequences and frustration.

As Katie Beauchamp, the CEO of Birchbox said, "I underestimated how valuable it is to have all staff members feel how important their decisions are and to let them share in the bad things.  This maps onto what I believe as a mother.  Are you going to be there everyday to comfort your kids or are you going to teach them to comfort themselves?  The reality of pursuing something exceptional is that it is really hard.  No other side of hard.  You have to reframe it and love the hard."

And that's not to say that you success is about drowning in misery. Celebrating when you land a big contract or having weekly celebrations to share in good news is important.  After all, business can be tinged with disappointment - missing out on a big tender, customer complaints and meetings that go nowhere.  Future success is guaranteed when you are excited about the future, celebrate good news, but still take onboard improvements to course correct.

When we find ourselves constantly moving towards the future and bright, shiny things, it's because there is a benefit in avoiding something.  That could be feelings of not achieving or being worthy enough, a colleague who questions what we do or not feeling safe.

It requires reflection and being aware of the internal conflict in our minds that make us want to run away from the truth.

As Christine Comaford says in the book, Smart Tribes, “being present is hard because it can hurt, sometimes we need to deal with things we have been avoiding.  The more we address an issue the moment we perceive it, the calmer and more present we are.  And the easier for others to follow us.”

The fastest way to move forward as a leader is to accept where you are.  Being overly optimistic can sometimes be used as a fake panacea to avoid the real issues.  It takes courage because it means owning our faults and weaknesses.  It also requires vulnerability as we might have to ask others for help.  But being a great leader means making tough choices and doing what we can to enable others to do their best work.  And sometimes that means addressing our fears, that are trying to keep us safe, but are making it unsafe for others. 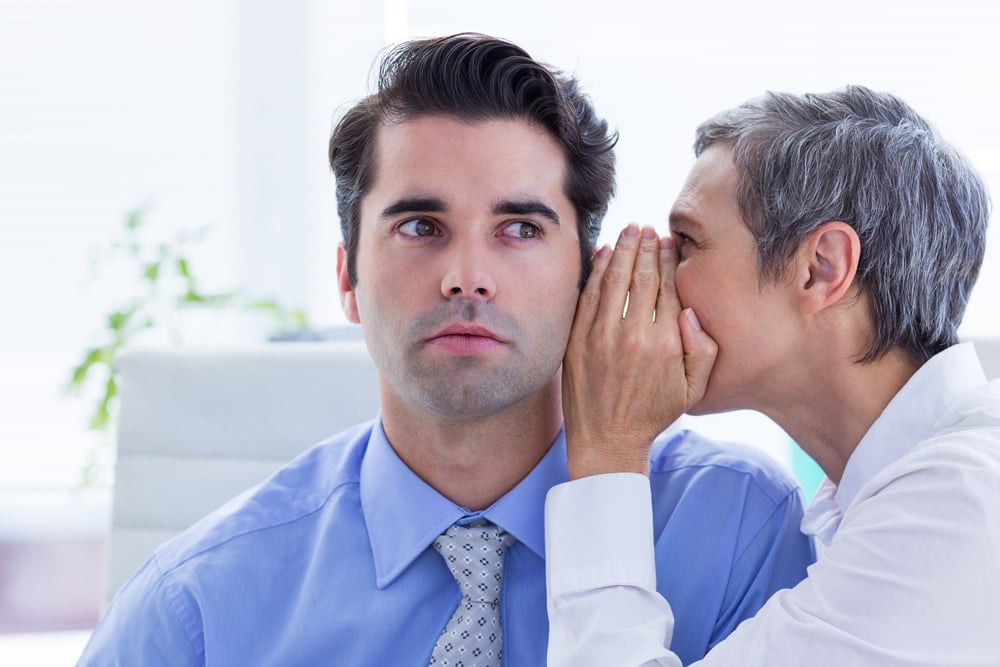 Humans are designed to avoid conflict.  Employees fear speaking up about issues in case it makes them look stupid or unpopular.  Having the courage to be vulnerable in a...

Building workplace trust has become more important than ever before.