In the new world living with COVID-19, we need to work more collaboratively than ever before, yet that’s become harder as we navigate how to work separately.  Many organisations have learnt pretty quickly that to survive the pandemic leaders must connect and communicate regularly to their direct reports.  Caring leaders and organisations have worked hard to ensure people’s emotional wellbeing hasn’t suffered during isolation.  After all, it is pretty easy to feel disconnected and disengaged when you are working alone.

One of the gifts of COVID-19 is that it has given us a chance to reflect and review on our leadership styles and how we like to work.  With the wonderful freedom of working from home, it’s unlikely that employees will opt to be back in the office full time.  Furthermore, employees will probably have less tolerance towards leaders micromanaging, not being transparent and bullying.  This means that leaders really have to develop the capability to not only lead a dispersed team with employees working both at home and in the office, but unite everyone together.  Leaders who master how to build a cohesive team will be in demand in a post COVID world.

So how do you improve your cohesive leadership capability?

The first step in improving your cohesive leadership ability is to actually take a look at how your team functions, in order to work out the steps you need to take to improve both team cohesion and performance.

As I mentioned in my last article, we need leaders who can balance creating both a psychological safe environment coupled with accountability.  That is a leader who creates a team culture where people are safe to be themselves and challenges them to deliver and do their best work. 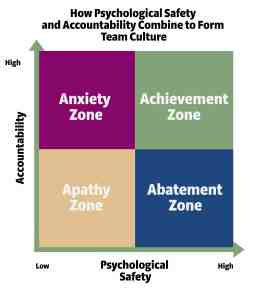 But if you push people to deliver, and berate them in the process, you have people up in the Anxiety Zone that is notorious for stress and burnout (and high employee relations costs).

One of the confusing aspects about psychological safety is that it is all about fostering a feel-good environment.  Focusing on that alone can be to the detriment of the team and organisation as employees are likely to coast and deliver mediocre work. Leaders still need to hold people to account and demand high levels of performance.  Otherwise, it creates an Abatement Zone where people get comfortable in the status quo and performance slips.

In the last quadrant, where you have both low psychological safety and accountability, it puts people into Apathy.  Typically, this is the result of a leader who probably doesn’t have the right relational skills to lead people. 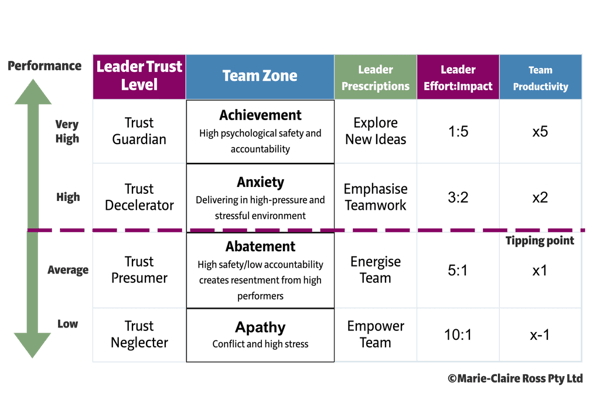 Developing our cohesive leadership capabilities is a bit like moving up a ladder.  You have to gently encourage people to know they can follow you and they won’t come to any harm.  This takes a leader who knows how to empower and energise employees, while emphasising the importance of teamwork and exciting new goals.  By lifting people’s sights and abilities, you take them further than they ever could alone.

In the model above, as you move up the rungs, you can see that as leaders build trust and cohesion, performance and accountability increase. At the same time, while team productivity progresses, leader effort starts to decrease. That’s because they have learnt how to delegate and lead their team in such a way, that team members put in the right energy and commitment.

Of course, this goes against how most people lead.  We often mistakenly feel that we have to cajole others into getting things done.  But this only happens if the team culture isn’t safe and the leader has not learnt how to trust their people to perform or get the best out of them.

In fact, down at the first rung, or Apathy Zone, is where you find some new team leaders start off as they learn the team dynamics of an inherited team.  This zone requires the most time and dedication to not only increase morale in the team, but to improve the standards of work. Here the ratio of leader effort to team impact is (10:1) which is ten times the leader effort required at the top rung (1:5).

Productivity can be negative in this zone because other teams have to work around them – either duplicating or redoing their work.  Teams fall into this danger zone when they have emotionally unstable leaders or leaders who feel building trust upwards is more important than their own direct employees.  Toxic employees can also be a contributing factor.

Often, restructuring the team or placing an emotionally intelligent leader in charge is required. If you are put in charge of a team in this zone, you need to be willing to empower team members through providing autonomy where team members start to make small decisions and work on their own projects. It requires a leader who believes in each direct report, reassures them of their abilities and commends them on their improvements.

At the next level, is the Abatement Zone.  Here performance is waning, but it can be slow to show up because often this team is riding on the success of a previous victory. It requires a leader honest enough to realise that they need to not only push themselves a bit more, but their team.

This really is a tipping point to moving into better performance that is dependent on the team leader having those dreaded performance conversations. At its core, this requires leaders to energise performance through explaining to their direct reports the benefits of improving.  This is critical because the team is often producing mediocre output, that is pulling down the performance of the organisation.  Yet, the leader almost lives in a delusional land presuming that she can trust those on her team to deliver.  Not realising that the fallout is other teams will start to distrust her leadership, as her team can’t be relied upon.

Then, the next zone is where you have low psychological safety and high accountability aka the Anxiety Zone.  This is where individual effort is rewarded, rather than group effort.  It’s where team cohesion takes a back seat.

This creates an environment that is competitive and unsupportive. It requires a leader to come in and change behaviours through the regular repetition of emphasising the importance of teamwork. Not only that, the leader must learn how to extend trust to those around him, as often trust issues are because of his own behaviours. This actually decelerates trust because people hold back commitment to goals because they don’t trust their boss or the situation.

Leading out of this zone requires a significant mindset shift because as the team is already performing at a high level there is little incentive for improvement.  Often, leaders in this zone will boast about their team’s progress and that trust with each other is high. However, scratch the surface and the work environment is characterised by subpar work that goes under the radar and high employee relations and turnover costs.

Finally, encouraging teams into the Achievement Zone requires a positive leader who ensures there is high trust, not just within the team, but across teams and with everyone they work with. In other words, a trust guardian who holds everyone to high standards of behaving and performing.

Staying in this zone can be difficult. In my work with leaders, those who model curiousity and stay open to exploring new ideas create the excitement needed to stay on course. They focus on a positive future.  The result is productivity that is five times the rate of average teams, but the performance is sustainable and doesn’t burn people out like in Anxiety Zone.

Interestingly, even high achieving teams have been at risk of sliding down into the Anxiety or Abatement Zones during the pandemic.  That’s because it is more difficult to build trust with team members when everyone is working separately.  Leading dispersed teams requires a skilled leader who can efficiently build trust and connection with their team members during uncertainty.

As it happens, I have developed a way for team leaders to amplify their dispersed team results and save 30 minutes a day.  You can learn more in my Building Cohesive Teams program.  If you feel you want to learn more, contact me here. 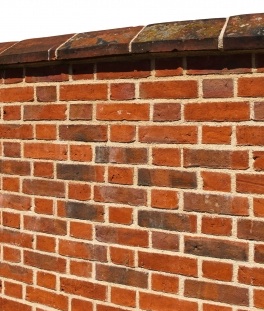 One of the major frustrations of being a safety leader is that it's often difficult to get your safety messages understood and acted upon correctly.