A common statement that (older) leaders assert is that trust must be earned.  Many a time I've had to listen politely while a CEO or senior executive tells me (uninvited) how they believe trust has to be earned. That if you give trust, people will take advantage of you.

And then other times, people will tell me that they believe trust is given first.  Interestingly, such leaders tend to not try to convince me so rigourously.

But here's the thing.  It's neither.

Trust is reciprocated.  It's an exchange between two or more people.

Don't believe me?  Well, this is where social science holds its own.  It is how the brain works and can be proved scientifically.

Back in the early 2000's, Dr Paul Zak, a neuroscientist, ran a multitude of studies on trust.  What he found was that when someone tangibly trusts a stranger the brain produces more oxytocin.

Oxytocin is the happy feeling we get when we are around good friends. It’s that feeling that makes us perform acts of generosity and it is produced through positive social interactions.

When we co-operate and look out for others or when people trust us, oxytocin rewards us with feelings of security, trust, belonging and camaraderie.  It creates a virtuous cycle where the more everyone trusts each other, the more they feel better about themselves and each other.

In experiments, blood was drawn before and after people were trusted in situations to measure the surge in oxytocin.

In one experiment, trust was measured by the amount of money someone takes out of her account and transfers to another a person - someone they don’t know or have never seen.  The incentive to transfer money to a stranger is that the money grows threefold.  What they found was that the amount of oxytocin made by the brain of someone who receives an intentional transfer of money (denoting they are trusted to do the right) predicts how much money she will return to the stranger who initiated trust.  Even though they were under no obligation to return a cent.   95% of the people who received money produced oxytocin.  They then demonstrated their trustworthiness by returning the money to an anonymous stranger who believed in them. 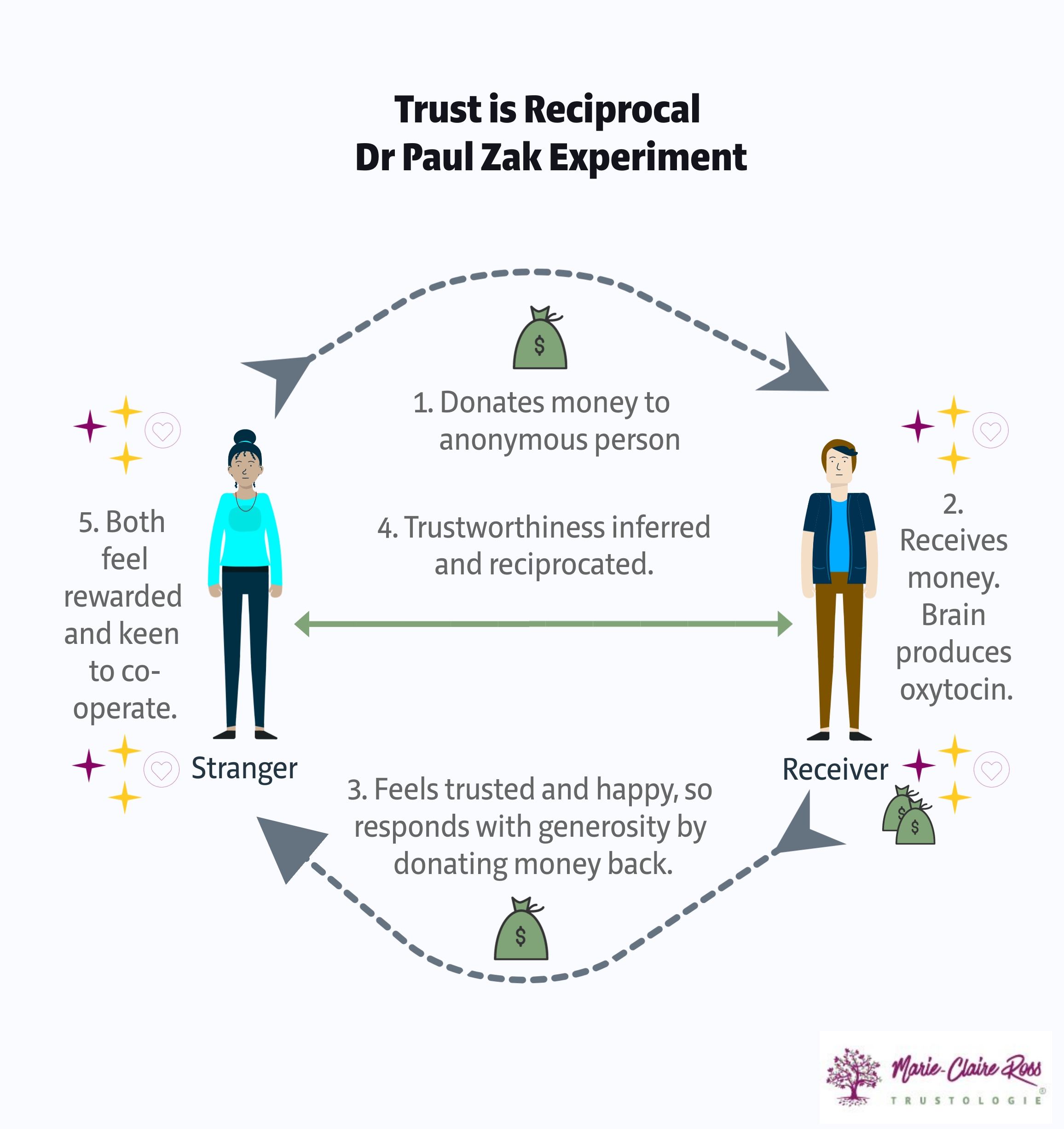 Zak also did another study through administering synthetic oxytocin through a nasal spray. Again, more than double the number of people who had a sniff of oxytocin up the nose  sent all of their money to a stranger.
Thinking of trust as just being about one thing versus another is actually too simplistic.  It's didatic thinking that feels forced like we're making an ultimatum.  And if there is one thing about trust - it's not a binary emotion.  It's a complex, interrelated, multidimensional concept that has the ability to magically improve a whole raft of negative behaviours in one fell swoop.

Starting a relationship by withholding trust is extremely damaging.  When we demand that trust has to be earned, we forget that other people are also assessing whether we can be trusted.  Not only does this send the wrong signal out to others, but it stops the opportunity for oxytocin to flow, on both sides.   It wastes a lot of time.

Low trust people trust tend not to trust others creating a cycle of distrust that impacts everyone around them.  It also becomes part of their experience creating a dangerous self-fulfilling prophecy.

At the same time, trusting people implicitly without any boundaries or expectations is also fraught with issues. Communicating clearly about your expectations is critical in any work situation (a good tool is the trust battery metaphor).

So the next time you slip into the old belief that trust is earned or given, remember that it's all about reciprocal acts of generosity.  In any new relationship, test it out, by doing something kind (without grand expectations) and then wait patiently for something back.  In other words, I'll scratch your back and hopefully, you will scratch my back in return.  And it's all done without fear of being let down or recriminations if the back scratch isn't, well, up to scratch. 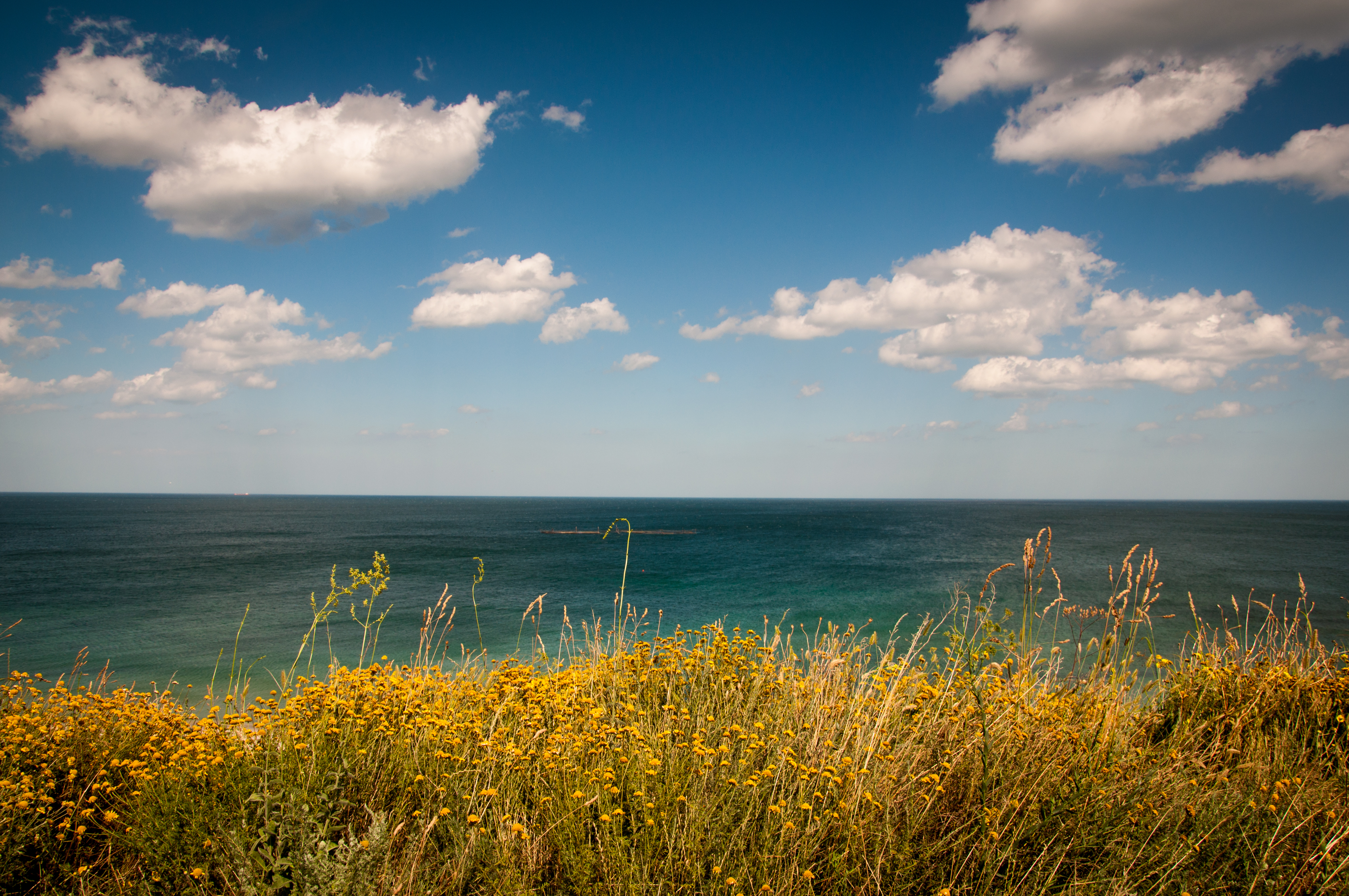 Corporate culture might be an over-used terms these days, but what it really boils down to is what behaviours staff undertake when no-one is watching.