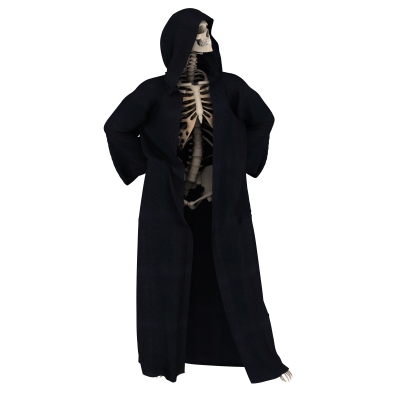 This means they like to use threats and fear when it comes to getting people to work safely.  This could involve showing gory injuries or just insinuating people getting injured have only themselves to blame for being stupid.  It also means they tend to boss people around when it comes to doing safety processes.

Fear has been proven to be a strong motivator to get people to change.  After all, if a robber walks into a bank making threats while using a camouflaged banana that looks like a gun, he will invoke a lot of panic.  Subsequently, when he's caught he will still face stiff charges for using a banana.  Even though, no-one would have got hurt.  It's just that the law knows that humans as very compliant when fear is employed.

But there's one major issue with relying on fear to get what you want in a workplace.  It only produces short term results.  So if you're looking to promote long-lasting behavioural change, you can't rely on fear tactics.  In the long run, it will work against you.

One area where fear is always used is political ads.  For over 50 years, fear has been used to show voters what would happen if a particular candidate was in charge.  Unfortunately, it works well every time.  But it's all short term.  The candidate will not automatically be chosen by voters in a future election based on that previous ad campaign.  Instead, a new short term fear based campaign has to be broadcast.

Being Bossed around is Exhausting

In the book, The Power of Habits by Charles Duhigg, he reported a research study that was undertaken at the University of Albany.  Participants in the study were put into two groups.  Each group walked into a room to find a plate of warm, fresh biscuits, but were asked to ignore them.  The first group was treated respectfully and told "We ask that you please don't eat the cookies.  Is that okay?"  Then, the researcher explained what the experiment was about and asked for feedback to improve it and thanked people for their time.  While the second group was told "You must not eat the cookies."  The researcher didn't explain the study, compliment the participants nor show interest in their suggestions.

After wards, all of the participants did a difficult puzzle.

Now, the interesting part is that those who were treated poorly did really badly on the puzzle.  They had trouble focusing and said they were tired.  Those that were treated well, maintained their focus and completed the task.

The reason is down to willpower.  Willpower is like a muscle, it gets tired the more you work it.  So after having to ignore delicious smelling cookies, participants started to use up their willpower reserves.

Interestingly, I jog every morning and never have any issues with jumping out of bed in the morning and running, even if it's raining, really windy or cold.  But I never have any desire to jog when I get home late from work.  I just can't be bothered.  It's because I've used up all of my willpower throughout the day.  Our willpower reserves are much stronger in the morning.

The important take out from this study is that when you ask people to do something that requires self-control (eg: put on safety helmet before start work), they are more likely to comply if people believe they are doing it for personal reasons, or they have a choice or it's something they enjoy doing because it helps someone else.  People need to feel like they have control and that they aren't just following orders.

When you treat people like cogs, rather than people, they have to use a lot more willpower to do the task.  That's why using fear or bossing people around when it comes to safety can work against you.

In the book, Transform Your Safety Communication one of the things I mention is how important it is for safety professionals to get people to like them.  You need to build rapport, so that people can trust you.  That way, they are more likely to pay attention to your message and pass it on to others.

Using fear or barking orders at people really does work against you in safety communication.  It has been proven to lose its effectiveness over time because people lose their trust in you.  Putting a proverbial gun to people's heads isn't the way to get compliance.  Instead, you need to communicate about safety in a manner that makes people believe they have made the decision and have autonomy.  This is what students are taught in the SELLSAFE Communication system because it's how you build a strong safety culture.

If you communicate in a way that makes people believe that they've made the decision to work safely, then you've got employees who will do the right thing.

It really is how you get traction with developing safety excellence. 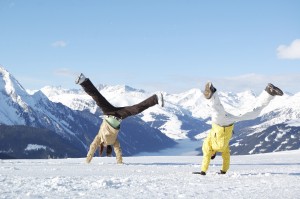 When it comes to training staff on safety or procedures, one of the biggest problems many of our clients talk about is the difficulty of training staff consistently...