Every organisation consists of a complex network of strategic relationships that coordinate work through making promises to one another.  Even if we are talking about 10 or 10,000 employees, people need to rely on each other, in order to exchange information, ideas, services and goods.

Finance has to count on sales to get their travel receipts in on time before they can finalise the monthly books.  Marketing has to rely on manufacturing to be able to be able to produce product on time, so they don’t disappoint customers.  R&D has to work with marketing to ensure that research findings are accurately summarised and understood.

Yet, one of the biggest struggles in any enterprise is getting people and teams to trust each other to get work done right.   It’s one thing for other departments to submit work in on time to another department.  But it’s another thing altogether that the work is done to specification.   Departments are often guilty of submitting substandard work that wastes time for the receiving department who ends up with the burden of undertaking reworks and modifications.

Teams may have the noble intention of wanting to help other teams, but they are not quite able to despite themselves.  Their own internal priorities get in the way compounded by a lack of clarity around how important the work is to the organisation as a whole.   It is almost as if other team’s deliverables are considered optional.

It’s not poor performing businesses that have this problem.  Even successful companies have this issue at some level.   Where there are silos between business units, functions, divisions or geographies it creates enormous productivity problems that are often ignored.

According to a Donald Sull study published in Harvard Business Review, 9% of managers feel that they can rely on cross-functional colleagues all of the time.  While 50% say they can rely on them most of the time.   More importantly, managers say they are three times more likely to miss performance commitments because of insufficient support from other units than because of their own teams’ failure to deliver.

Of course, it’s not just teams, but people as well.  How often have you heard the phrase “I can’t do that because it’s not in my job description!”  Employees can struggle to find other people to cover for them on leave or to help them out with work overflows.

That’s How It Is Around Here

What’s interesting as an external consultant that works in organisations to improve trust, is the level of denial about what’s really going on.  As the saying goes, fish don’t know they’re swimming in water.  You could also say that people don’t know they can’t depend upon others to help them out.   It often becomes such an entrenched and acceptable way of doing things creating unnecessary inefficiencies and friction.

Employees become accustomed to automatically working around leaders without even thinking about it.   With one enterprise I worked for, the COO decided to buy a company vehicle on the day the CFO was at a training course.  In the COO’s mind, it was quicker to not involve the CFO or even the second in command of finance.  The result was the purchase missed out on tax concessions and had poorer financial terms compared to the vehicle fleet.  Fixing up the issue cost the CFO and external accountants unnecessary time and duplication of work.

Not only do these seemingly harmless behaviours undermine strategy execution, but failure to coordinate produces conflict between departments.  Adding further salt to the wound, these conflicts are mishandled poorly two times out of three.  The previous study found that these were resolved after a significant delay (38% of the time), resolved quickly but poorly (14%), or simply left to fester (12%).

According to Why Strategy Unravels –  What to Do About It, published in Harvard Business Review, the number one issue to successful strategy execution is the failure to coordinate different parts of a company to work together on an ongoing basis.

The reason why teams and people can’t rely on each other to get work done is that no-one is actually overseeing or rewarding collaboration.  This might seem strange.   But bear with me here.  It all comes down to the successful coordination of requests and promises.

According to Donald Sull, promises are the fundamental units of interaction in businesses that coordinate organisational activity.  Every single pledge in a company is rarely made in isolation.  The person requested to fulfill a promise needs to solicit and oversee a network of supporting commitments from peers, direct reports, suppliers and other stakeholders.  These complex, interrelated network of promises get bigger as an organisation grows, underscoring the importance of why they need to be managed effectively.

Who is best placed to do this?  Functional heads of departments.  When are they best placed to coordinate work across units?  During (or between) their senior leadership team meetings.  How often does this happen?  Pretty rarely.

Unfortunately, most top team meetings have each functional leader promoting their agenda and pushing their individual department’s success, goals, and priorities.  Few go deep into enterprise-wide discussions without the CEO championing the discussion.

Why does this happen?

Typically,  top leadership teams are formed by bringing together highly competent senior technical experts in their field.   People who have consistently delivered performance results in their division.  Unfortunately, individual leaders with different backgrounds, functional responsibilities and experiences have differing worldviews, agendas, and modes of working.   Further compounding the issue is that their subject matter expertise reinforces their focus on individual results rather than the group.  This often comes at the expense to the whole organisation as executives are acclimatised to protecting their territory.  Rarely are senior executives promoted to a leadership team because of their ability to collaborate and work across departments.

Having worked with various executive teams, the biggest stumbling block to understanding why things need to change is the pretense that things are perfect.  It doesn’t matter if the CEO tells them the problem or even other managers in the business.  Senior executives wrongly assume that their ability to chat nicely together or even like one another means that they are doing okay.  Unfortunately, they are confusing talking at people, as being the same as getting things done.  The reality is while leaders might appear to spend time talking, their dialogue is superficial and unproductive.  Most are chronically unaware that they are withholding important information, avoiding accountability or conflict, not asking the right questions, acting defensively, accepting questionable strategies or offering few suggestions.

Often, this false sense of comfort empowers groupthink which is when decision making suffers as a cohesive group becomes insulated from dissenting viewpoints.  Especially, when the CEO promotes a particular solution or course of action.  Members are often unaware of the subtle pressures to be unanimous in decisions.

On the other end of the spectrum are highly dysfunctional teams that are obviously not getting along.  They attack each other’s ideas, talk over each other, refuse to reach consensus, don’t listen to each other or shut each other down.  These leadership teams oftentimes disintegrate into squabbling siblings.   Blowing up minor issues that focus on symptoms rather than fixing the root cause.  In these toxic situations, the whole organisation suffers.  Getting work done, efficiently at all levels, is painful and frustrating.

At the heart of it all, both types of leadership teams are under the spell of the compelling myth that communication is about talking (at people, or shouting, depending on the team dynamics).  It’s not.  It’s about productive dialogue around strategy and how to effectively co-ordinate requests and promises across an organisation.   This requires truth-seeking conversations that debate, challenge and get under the hood of important issues, in order to free up bottlenecks and reallocate resources.  Productive dialogue is difficult and requires the CEO to champion a psychologically safe space where members can talk candidly and honestly with one another.  Leaders need to actively agree publicly on their commitments, suggest counteroffers when the work can’t be done at the required time (or quality) or make plain refusals.

Setting the Tone at the Top

Strong, collaborative executive teams are performance multipliers.  In today’s highly complex and fast-changing environment, no CEO on their own can create a high performing enterprise.  Harnessing the collective intelligence of diverse viewpoints and backgrounds enables companies to solve customer problems and adapt to marketplace changes.  The reality is you can’t make good decisions or coordinate work effectively if you are siloed.  The substantial potential of leadership teams often remains untapped.

If your organisation is having trouble with people being able to rely on each other, it all boils down to trust issues in the top team.  According to a McKinsey & Company report, 65 percent of the top-team respondents believed that trust was a real issue for their teams.

Put a team of strong individuals together who work at cross purposes and you’ll find that behaviour mimicked lower down in the organisation.  Executives often forget their important ambassadorial role to set the cultural tone through modelling the right behaviours (see Six Steps to Creating a High-Trust Culture).

Typically, when enterprises determine that they’re having difficulties getting teams to rely on each other, they undertake training with teams or restructure departments and reporting lines to the CEO.  This rarely works.

What we have discovered is that you have to fix trust issues where they start.  And that’s with the leadership team who is the amplifier of an organisation’s systems and culture.  You have to start with changing how top leaders work together, so that each executive can depend upon each department head to follow through to ensure work gets done on time and on quality.  Only then can you start to embed trust as a whole company, so everyone can rely on each other.  From those on the frontline right through to those in the corner office.

A chain is only as strong as its weakest link.  In any enterprise, the weakest link is the inability for teams to be able to effectively coordinate work and get things done on time, budget and per specifications.   Leaders that are encouraged to succeed together, rather than to press their own agendas, is an important first step forward.

It requires the CEO to drive a strong one-firm focus, in order to improve the exchange of ideas and information and reduce workflow bottlenecks.  The result is a productive and engaged workforce able to innovate and thrive during changing times.

If you want to learn more about how the SUCCEeD Together Trust Framework® can help your organisation improve reliance, call us on 03 9696 8810 or email support@trustologie.com.au. 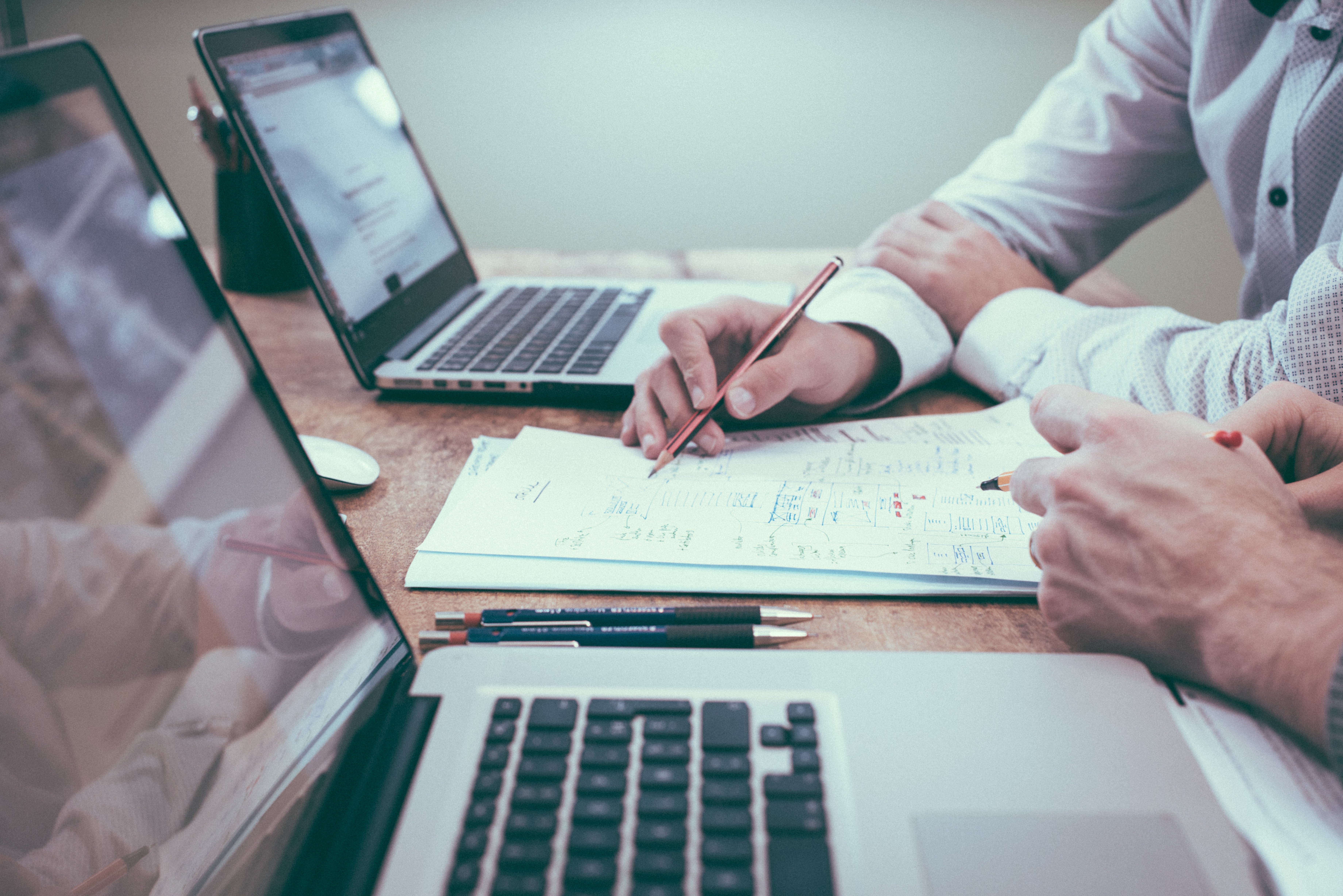 According to the Hoffman Institute,  90% of our reactions are emotional.   In fact, our emotions respond 400 times faster than our intellect.

Two-Thirds Of Australian Professionals Worked From Home, Revealing Need For Increased Trust Leadership In The Workplace