Take two teams.  One has team members who are low in trust, while the other is high in trust.

In the low trust team, people spend most of their time bickering and complaining about other team members behind their backs.  Collaboration is slim and team members can’t count on each other to do high-quality work or deliver their work on time.  It is a group of unhappy people trying to make the best of it, but without full support from every team member, deliverables end up being of poor quality and late.  If you were to sit with the team while they were working, you would be able to feel the discontent and silent anger.

To contrast, let’s look at the high trust team.  Team members can openly discuss issues with each other before they become problems.  They also can suggest new ideas or workarounds knowing that what they say will be heard and considered.  People don’t want to let others down, so deliverables are on time and people are happy to work extra hours to ensure a high-quality outcome.  If you were to walk into the team while they were working, you would find a fun, focused and collegial atmosphere.  No one is stressing about others letting them down.

In the mid-1990’s, Marcial Losada undertook extensive research into the characteristics of high performing business teams.

The research group found that high-performance teams were more likely to make positive statements, be focused on the group rather than on themselves, asked questions and defended their own views.

What this all means was that team members were connected to one another and felt safe enough to express their own opinion.  In other words, they trusted each other.

Trust is essential. Without it, social groups can’t function properly. Without trust, you generate a dysfunctional organisation and teams. There is no meaningful connection between a group of people. It’s just meaningless coordination. It is trust that shifts a group of people into a team.

High trust companies create the right environment to pivot quickly during times of change, they make faster decisions and have the highest loyalty among customers and employees.

When employees don’t trust their organisation, leadership or workmates, they’re more likely to focus their energies on survival rather than creation and contribution.  It means they get stuck with battling each other, rather than committing to the vision and sharing responsibility for results. This stymies execution and change and makes the organisation vulnerable to competitive threats.  The result is under-performing teams.

Why are high-trust teams important?  According to the CEB Corporate Leadership Council, engaged teams grow profits three times faster than disengaged ones.

When assessing the level of trust within a team or group, you first need to understand how much trust is required in the first place.  There is no point in spending the time diagnosing trust levels and building trust if it is not needed.

Companies create workgroups, task forces, committees and teams to undertake work that requires diverse talents and abilities.  Where teams differ is that they require a certain degree of interdependence on team members.  To get your work done, you need to rely on others.

By this definition, some executive teams or committees are really groups, not teams.  This is because each member has their own area of responsibility which is independent and doesn’t rely on others to complete their work.

So when is trust important to a group of people?

When you have any of the following factors:

In these instances, the time spent building trust between team members is worth the effort.

Most teams are formed based on the capabilities and skills of individual members and while that is important, if you choose a low trust person, it will impair the performance of the group.

If you’re auditing the accounts of a suspicious company or a potential cyber attack, then having low-trust team members is a benefit. But for most tasks, particularly those that are high stakes and high risk, high-trust is needed to get people to work together.  This means choosing team members who have a positive disposition, who feel comfortable with risk and who are confident in themselves, but not overly self-interested.

When you can’t select team members you are leading, it’s good practice to assess each person’s disposition to trust. For those that are low, you will need to spend more time explaining the risks to them and ensure that they understand the meaning behind the work and how their contribution is valued by the team.

3. Have a clear sense of purpose

Just like sports teams, great teams have a clear sense of purpose.

A clear sense of purpose, values and mission connect everyone together through being able to collectively see the meaning of their work.  It’s how you get a diverse group of people aligned.

The central pillar for building trust is a corporate purpose that’s defined by a genuine commitment to the social good.  It’s about focusing on the end user whose life will be improved by your efforts.  Purpose is what a company stands for and how it creates value for employees, customers and society.

High-performance teams have their own clear sense of purpose or are closely aligned to the company’s purpose.  This ensures that each individual is focused on the group’s goals, rather than automatically focusing on their own self-interest.  If you think back to your experiences with working on a great team, there was always group excitement about creating an outcome that was bigger than what any individual could achieve alone.

4. Focus on the achievement of collective results.

In low trust environments, leaders pit employees against each other under the false belief that competitive pressures will lift performance.  Unfortunately, all it does is create an environment where people are out for themselves; hoarding information and not supporting others.

In contrast, trusted leaders share and manage risk throughout a team.  They focus on long-term impact, rather than short-term business performance.  Instead of individual sales quotas, teams work together as a group to seize market opportunities.  This fosters collaboration, innovation, sharing information and co-operating  to bring in new business together.  Rather than individuals being distracted by the need to protect themselves and their own self-promoting agenda.

In other words, high-performance teams share a joint commitment to achieving the highest standards and the best results.  Everyone is aligned to achieving the group goal.  A common yardstick of success is that teams win together, not individuals.

For organisations who really want to improve teamwork, restructuring the rewards structure to incentivise the correct trust behaviours required for teamwork is a good place to start.  Tools to make this easier include a team trust survey.  A leader’s ability to make the team accountable for success or failure, rather than individual success, increases trust and a sense of unity.

However, this doesn’t mean employees don’t have individual goals.  Instead, individual members establish a clear line of sight between their day-to-day responsibilities and the overarching, broader objectives of the organisation, as well as the team goal.

Poor communication can ruin trust in a team.  That’s why sports teams always have a huddle before a match to align everyone to the strategy and the tactics required based on individual team member strengths.

In the workplace, having regular, short huddles before work gets done centres everyone on the group goal and allows each member to open up about what they’re stuck on.

They can even be used to build trust through sharing recent success stories or examples of the right staff behaviours to help bring the team together.

Steve Wynn, CEO of Wynn Resorts redesigned the daily huddle to bring out stories of caring which he claims changed his business (and life).  He did this to get employees to take ownership and feel motivated to caring more about guests.

In high-trust teams, people are talking about it.   They have a trust framework that forms a common language on the dimensions of trust.  This helps individuals and teams understand, discuss and practise trust with one another.  It means employees have the language to call people out on behaviours that are destroying trust.

They also have  leaders who are trustworthy and who have a concept of what it means to act with trust.  They also expect this behaviour from others, ensuring that trust cascades throughout the team.  Over time, it eventually becomes embedded within the company.

Of course, teams that get along well together have fun outside work together.  Never underestimate the importance of socialising outside of work hours (or inside).  If the only communication team members have with each other is task related, it reduces the ability for team members to be resilient during conflict.  As social beings, we love making emotional connections with others and being seen for who we are rather than just an agent performing a role.

The world is changing at a rapid rate.  Organisations are confronted with complex problems that can only be solved through teams with a diverse range of skills and capabilities.  To achieve superior performance, team leaders and members need to understand trust – how to judge it, build it and rely on it, to work effectively with people from backgrounds and abilities.  It means that you get better at driving people to achieve business outcomes such as better organisational well-being, productivity and reputation. 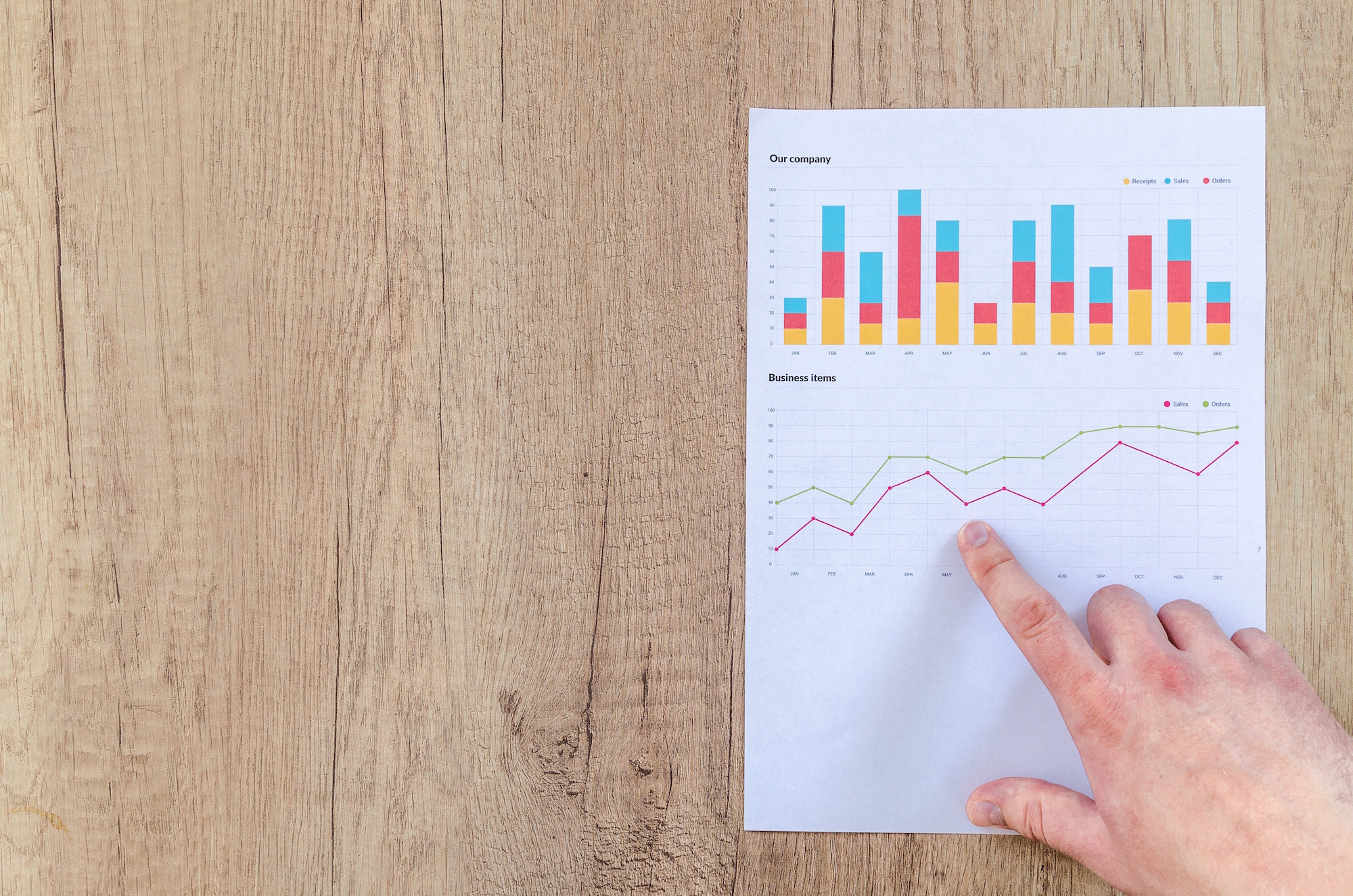 According to a Canadian research firm, trust between a manager and employee, is the most important predictor of employee engagement.

Thanks to our tribal ancestry, we see ourselves in terms of other people and groups.  Evolution has taught us that it is beneficial to live in tribes, where we can...