Mediocre companies will often tell you they have a great culture, but when you question them on what makes it wonderful, they provide you with bland platitudes and flimsy proof.

On the other hand, high performance companies really work hard to identify, define and deliver the right culture that meets market needs.  They spend a lot of time to create the right organisational environment that attracts the right people, but also sets them up to successfully deliver on the strategy.

Essentially, positive cultures focus on designing environments where people can be the best they can be. Instead of treating staff like they should be happy to just have a job, they are nurtured, made to feel important and understand how their job has meaning.

With that in mind, let’s take a look at some of the top companies in the world and how their leaders perceive culture.

“A company’s culture and a company’s brand are really just two sides of the same coin.  What goes around the office comes around to the customer.   We wanted employees that really believed in our long term vision and really felt like this was the right culture for them. The conditions of the training encourage people to take a real look at what Zappos is like and to think about a thing like happiness in the larger picture of their overall employment. It encourages people to go home, talk to their friends and family and ask themselves “Is this a company I really believe in?  Is this a culture I really want to be a part of and contribute to?”

“This is the lesson I give to MBA students. In any M&A or spin-off, don’t wipe everything out. Find one thing in the organisation that was good and use it as a cornerstone for a new culture. People don’t want to work for an organisation for years and then be told its rubbish.”

Bob Every, Chairman Boral and Wesfarmers

“There is a high cost associated with building a culture: team retreats, gym memberships, personal and professional development classes. All this is to facilitate the personal evolution of each person who contributes to the company.  And, what are our results? In three years, not one employee has voluntarily left, which is a phenomenon that we believe can be replicated at any organisation. We have the receipts to show how much it cost, and we also have uncovered the more obscure internal metrics that impact employee satisfaction and prevent voluntary turnover.”

“Our number one priority is company culture. Our whole belief is that if you get the culture right, most of the other stuff like delivering great customer service or building a long-term enduring brand will just happen naturally on its own.”

(In relation to hiring John Browett as Head or Retail and then firing him after a few months because he didn’t gel with culture (eg: angered staff, made poor decisions):

“That was a reminder to me of the critical importance of cultural fit, and that it takes some time to learn that.  As a CEO, you’re engaged in so many things that each particular thing gets a little less attention.  You need to be able to operate on shorter cycles, less data points, less knowledge, less facts.  But if you believe the most important data points are people, then you have to make conclusions in a relatively short order.  Because you want to push the people who are doing great.  And you want to either develop the people who are not, or in a worst case, they need to be somewhere else.”

“The only purpose for me, in building a company, is so that the company can make products.  One is a means to the other.  Over a period of time, you realise that building a very strong company and a very strong foundation of talent and culture in a company is essential to making great products.””

“In our early years, we didn’t talk about culture much. We hadn’t documented it all. We just built a business that we wanted to work in. And, that was great. But the real return on culture happened when we started getting more deliberate about it. By writing it down. By debating it. By taking it apart, polishing the pieces and putting it back together. Iterating. Again. And again.”

“When you’re building an institution, you’re consciously growing something that will be beyond you.  It will exist without you, it’ll grow beyond you, it’ll sustain itself beyond you….it’s about creating culture and values that persist.  It’s that psychic glue that holds it all together.  By establishing a candid culture, companies, nonprofits, governments, alike can empower future frontrunners to never stop challenging the status quo – and each other, in order to create sustainable, positive impact.  While you may not always like what you see and hear, it’s better to have the option to change your path now than to versus learning little too little, too late tomorrow.  I consciously go out of my way to not only create an open culture but also have open lines of communication to a very wide set of people, because the bad news may not come direct.”

On why culture matters so much to Marriott hotels:

“A hallmark of a healthy creative culture is that its people feel free to share ideas, opinions, and criticisms. Lack of candour, if unchecked, ultimately leads to dysfunctional environments.”

What are your favourite leadership quotes on culture? 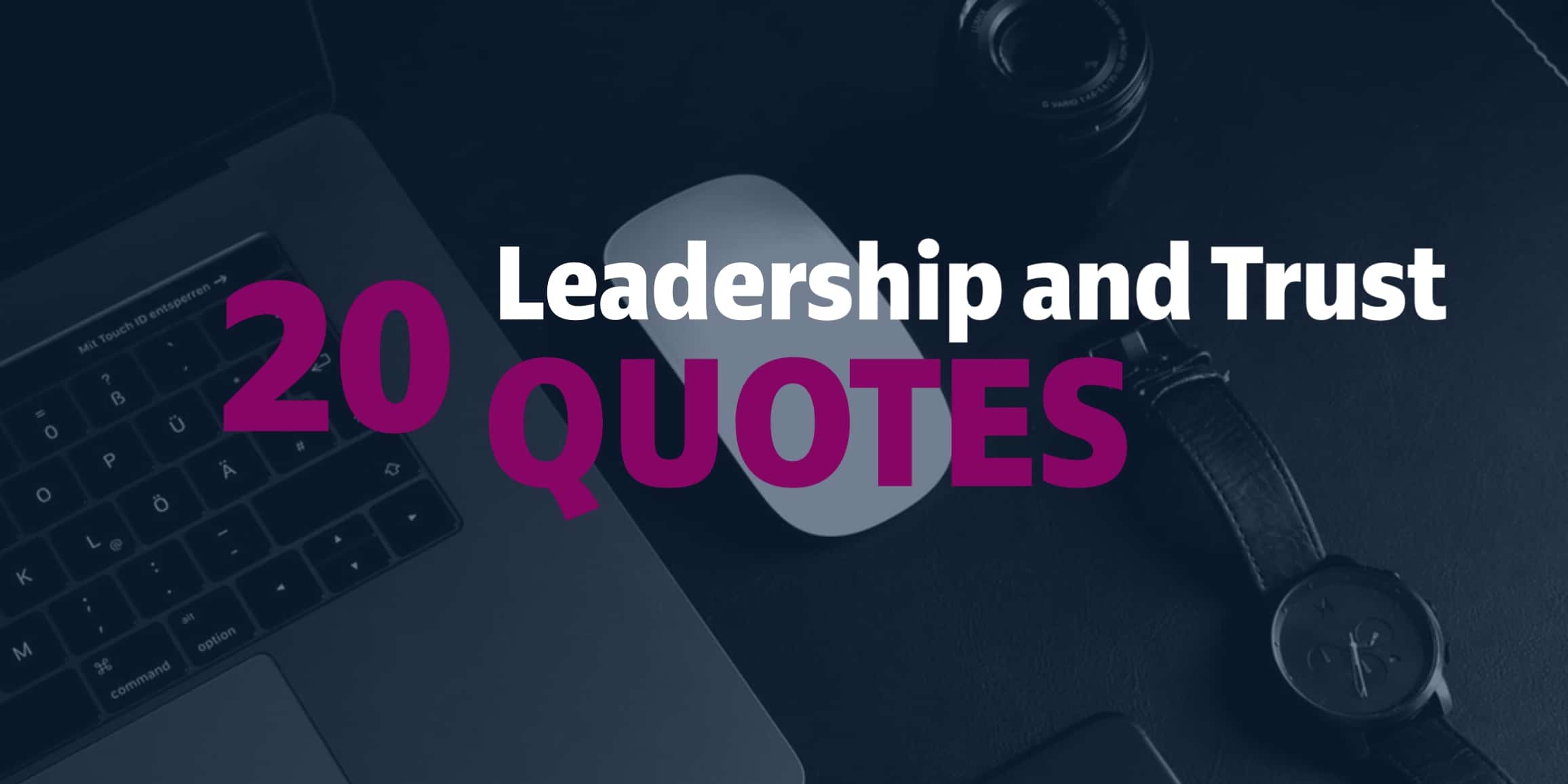 We all know intuitively that trust is important at work, but sometimes it’s hard to articulate why.  To help you out we have put together a list of our favourite ...

The world of work is changing and soon we will have five generations in the workforce.  Younger generations refuse to accept the “command and control” leadership...