In today’s pressure-cooker of a business world, the ability to handle constant change is the difference between success and failure.  When situations are uncertain and risky for people and organisations, trust issues bubble to the surface, often unbeknownst to leaders.

Trust bears a close, inverse relationship with risk.   The higher the stakes, the less likely people will trust the situation.  Without trust, social groups become dysfunctional and start to break down.  People become unwilling to cooperate resulting in slow decision-making, a lack of accountability, self-interested behaviours and difficulties meeting deadlines.

A typical example of a high stakes scenario is after a failed initiative.  Ironically, this is the time when there is a greater need for work groups to pull together to pick up the pieces and start again.  Yet, what often happens is that it rapidly reduces employee confidence in leadership to successfully execute future projects, making it much harder to get new projects up and running.

Often, the aborted initiative results in three types of polarisation.  One – employees lose faith in leaders and two, employees lose respect and trust towards the particular department responsible and, three employess lose faith with the overall organisation as a whole.  Sadly, this is the time when high trust within and out a department is sorely needed to improve the situation but it often falls by the wayside as leaders are too busy fixing the mess, rather than the emotional fallout.

Whenever a major transformation project fails, it costs the organisation millions, not only in hard dollars but also in lost productivity and missed opportunities.  But where organisations often fail to count the cost is that organisations are social systems.  Ignoring how people feel about the situation can be the most costly of all.

Take the example of a large Australian publicly listed company that had a spectacular IT transformation fail.  It’s the standard story of a company that grew by acquisitions, while poorly merging lots of different IT systems.  Until one day the spaghetti mess of competing platforms became too slow and unruly to work with, frustrating employees and customers alike, while leaving the company at an awkward and vulnerable competitive disadvantage.  In comes a new IT transformation project to usher in the goodness of systems integration and the beauty of speed.  Except it didn’t.

The result is every other department thinks IT is a joke, while each day they bumble along with a hodgepodge of disjointed systems.  Mirroring the IT system itself, the IT department feels misunderstood and becomes isolated from other departments, unable to integrate and be accepted by its peers.

Fixing Trust at the Source

IT leadership need to rapidly restore trust and confidence in its abilities both in its department and outside of it.  Typically, after a major project fail, the CIO gets fired or walks away from the mess.  Then, a new CIO comes in only to be replaced with another one, a short time after.  Management shakeups contribute to the uncertainty of the situation perpetuating the vicious cycle of distrust among employees.

In the end, a new, fresh CIO has to fix trust within the IT department itself, before trust can be bridged across other departments.  This is no easy task when low trust in the department is showing up as sniping across teams, a low sense of morale and a sombre atmosphere that scares away any new talented employees.  But it can often be easier if a new IT leader comes in with no previous trust legacy and capabilitiy issues.  The main step to fix the deteriorating trust situation is by starting with IT leaders who are worried about their job and go into self-protection mode  – refusing to share information with team members or allowing them to work with other managers.  Improving trust behaviours with IT managers and ensuring they can be trusted by employees is critical.

Let’s take a look at four important steps that the new CIO has to do first before she can build trust with other IT leaders.

1. Start by being Trustworthy

Our ability to commit to change is based on our belief that we can trust the leader to do the right thing by us and not make us vulnerable to risk.  A CIO can only build trust, if they are trusted themselves.  Often, a fresh CIO can improve trust faster than a legacy employee who is often suspected as not having the capability to fix an issue so deep and pervasive.  But the first three months are critical, for the new CIO.  According to the book, The First 90 Days, new leaders need to build relationships even before they start work with critical people to their role (both vertically and horizontally).  Then, once they are in their job the quickest way to build trust is to focus on four key areas:

2. Own up to Mistakes

Trust is the precursor to change.  Once the CIO is trusted (or clearly demonstrating positive intentions) she then needs to bond employees in their department together first, before extending trust to the organisation as a whole.  Often, the CIO will ignore why the initiative was cancelled or just blame their predecessor for the mess.  But this ignores every IT staff member who worked on the project and at some level felt like they personally failed.  Most employees will be suffering from sunk cost bias, a thinking trap that causes people to think irrationally.  Sunk cost bias occurs when employees can’t let go of a project because they have invested so much time and effort into it.

Fessing up to the failures of the past and being honest about how the company stuffed up needs to be discussed first before everyone can be redirected to a rosy future (for more information see How to Communicate a Changing Vision to your Team).

Instead of seeing the setback as a negative event, the CIO has the opportunity to reframe the IT project fail, so that employees view the stumbling block as a way to refine their approach and improve their outcomes.  This is a perfect time to highlight the learning opportunities and keep the team focused forward, so that everyone can see that their time wasn’t wasted reducing the effects of sunk cost bias.

Additionally, the CIO needs to unite the department by providing the meaning behind the work through linking the job to be done to a higher purpose (such as helping customers).

People feel greater trust and empathy toward people who are similar to themselves and are part of the same social circles.  The only way to do this is through creating a shared identity through clearly aligning everyone to the company purpose that’s ideally defined by a genuine commitment to the social good.  Purpose is what a company stands for and creates value for employees, customers and society.

A clear sense of purpose, values and mission connect everyone together through being able to collectively see the meaning of their work.  It’s how you get a diverse and unhappy group of people aligned.  It makes sense because we’re more likely to trust a company if we can see evidence of consistent action and behaviour that indicates good intent.

Re-connecting the department to the company purpose and even the department’s purpose, helps downtrodden IT employees to see how they play a pivotal role in reaching company goals and the optimal functioning of the organisation.  This will help the IT workforce feel proud of their contribution and realign them to delivering on both company and IT goals.

It’s important that the new CIO communicates in meetings and in all other written communication the greater purpose of the organisation and the new vision for the IT department.  By providing everyone with more of a stakeholder understanding of the business, rather than a separate, silo oriented mentality, IT employees will understand how everything is interconnected.  This perspective will help them see how they can make the IT department great again and how they can build trust with other departments.

Once a foundation of trust has been created, the CIO can then work on other IT leaders to begin more deeply cascading trust among all levels within the IT department.  The CIO, together with the CEO, is responsible for creating a stronger sense of unity and identity.   In addition to having a clear company purpose, this involves clearly specifying the types of behaviours that are needed to make the IT department great again, while denouncing those behaviours that will keep trust levels stuck.

It’s important that the CIO, backed by the CEO, emphasises the values of subordination of individual interests to those of the group.  In other words, supporting one another, fair process and decision making, transparent and timely communication.  Competitive and self-interested behaviours that hurt the organisation need to be outrightly penalised and rejected.

As mentioned previously, when trust is low managers pull back and act in a low trust and suspicious manner creating a vicious cycle of distrust.

Employees want to trust their managers, but a lack of transparent communication, inconsistent behaviours and constant change reduces it.

Providing leaders and employees training in how to be trusted and how to trust others, goes a long way to creating a cohesive group that helps employees cope with change, and failure, to succeed in today’s world.  After all, a lot of IT projects fall over and IT employees need to see failure as an important opportunity to learn and improve their resilience to change.  A training workshop, such as Managing the Trust Decision is a great place to start.

Often, when low trust is hard to budge it’s often the organisation’s systems that are contributing to the issue such as incentives and rewards that actually penalise collaboration.  If the CIO leader finds that IT managers are resistant to increasing trust because the risks to delivering on their personal responsibilities are too high, then it’s time to have an open discussion on what’s blocking collaboration and trust.  Deep rooted trust issues, often need to be uncovered by an external and impartial facilitator.  The Delivering Leadership Results through Collaboration helps identify opportunities to improve alignment of thinking.

Improving trust within a department that has had a critical strategic and execution error, need not be the end of the world.  All it needs is a strong and confident leader who is willing to focus on trust, the emotional, submerged issue that is really holding the IT department, and the organisation back.

High-trust leaders are effectively integrators who deeply understand why the organisation exists (purpose), the required behaviours (values) and the obligations to stakeholders needed to achieve the company vision.  They work to align and integrate all stakeholder interests, through ensuring that departmental leaders understand each other’s perspectives.  They make decisions that are fair and take all stakeholders into account, while also outlining clear expectations.  At the same time, they demonstrate to their own department employees that they care, rather than displaying self-interested and competitive behaviours.

Next week, we will look at the next critical step for the CIO – improving the reputation of the shamed IT department through building trust with the executive team.  Stay tuned. 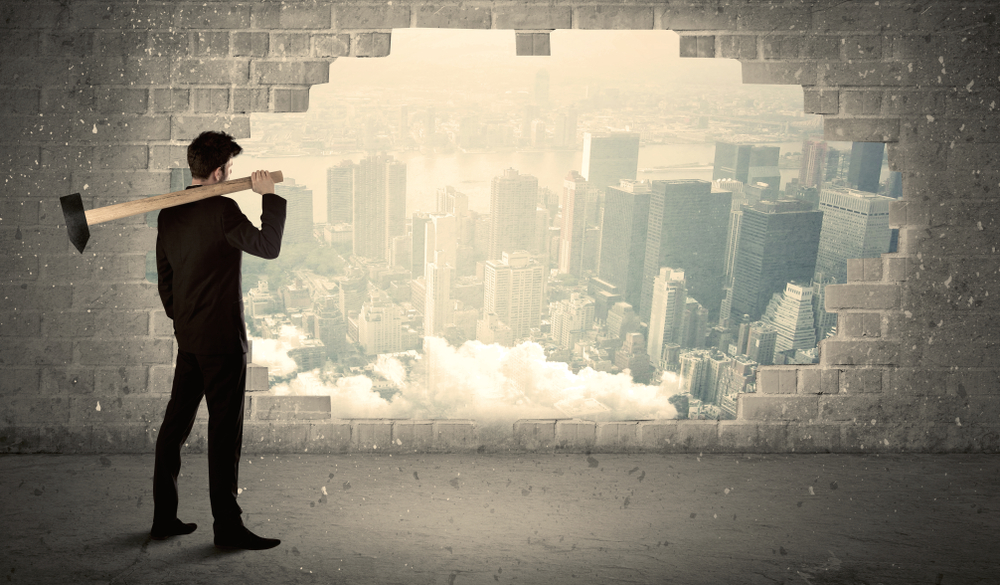 The pandemic has been a game-changer in so many aspects.  In the workplace, it has really crystallised what we want in our work experience.